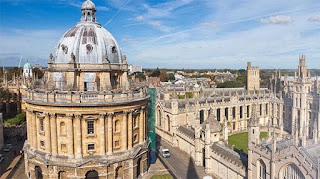 A metaphor that might be useful for thinking about this is that the university functions as a kind of palimpsest, multiply inscribed with differing conceptions of the university's ends. A palimpsest is, of course, a manuscript or piece of writing material on which later writing has been superimposed on effaced earlier writing creating a multiply written document which previous versions are faintly visible through the newer writings.  Similarly, the university form contains within it, inscribed in buildings and practices, discourse and policies, multiple over-writings, that interact and coalesce in productive ways for university to be function as a university qua university. In this article, therefore, I want to examine how in theorising the university we can develop concepts adequate not only for defending the specificity of the university as a form, what I have called elsewhere universitality, but also in a positive sense for the future development and invention in relation to the university form by thinking through this palimpsest metaphor for understanding the ends of the university (see Berry 2017).

I would like to now outline a tentative mapping of these imaginaries and start to think about how they interoperate and structure the possibilities that are opened up in the university.

The university of truth is usually populated by academic staff, scholars and researchers. It is vital that the university should connect to and capture the imagination and hearts and minds of the general public in order that it can provide a benefit to the nation in which it is located. But this imagination is represented not in pandering to the fads and fashions of a purported population, nor to the whims of government policy, but rather in the search for truth (or the principles for the validation of truth) and the application of critical reason. This requires that the university of truth is constantly on the search for academic brilliance and outstanding thought in whatever way it is represented, in order that the university should continue pushing at the boundaries of thought and knowledge. This requires constant vigilance by the university of truth, and is its most important function and mission, and one which must not be distracted by other issues. The university of truth is, in most modern universities, lacking institutional representation and manifests as an invisible college. However, its lack of institutional materiality must not be allowed to disqualify or undermine this crucial role that it plays in keeping the university eye's focussed on the horizon of knowledge (Derrida 2004). No sacrifice is too great for the university of truth to secure academics of great repute and merit and conspicuous ability must be nurtured and developed within the domain of this university.

The university of learning is usually populated by teaching staff, students, and teaching fellows. The university of learning has a crucial function as a dissemination point for knowledge, passing and continuing the state of the field across the generations. This results in a two-fold outcome, providing the capacities for critical reason, through engagement and contestation of knowledge claims and truths, but also furthering and deepening the individual and economic independence of the learner so that on leaving the university they are more knowledgeable, critical and self-confident in their capacity to live in the world than when they entered the university. The passage through the university is then a pathway creating through complex knowledge fields, and inoculating the individual against irrationality and virulent forms of populism. The ability to think for oneself, to dare to know (sapere aude!), is a benchmark against which success in this university should be judged.

This early attempt to draft this schematic is necessarily explorative but through thinking through the conflicting pushes and pulls of the university in its institutional form we can, through conceptual invention, help to energise and revivify the university as respectively a university of truth, learning and necessity.

Derrida, J. (2004) Mochlos; or, The Conflict of the Faculties, in The Eyes of the University, Stanford University Press.

Readings, B. (1996) The University in Ruins, London: Harvard University Press.

Rothblatt, S. (1972) The Modern University and its Discontents: The Fate of Newman's Legacies in Britain and America, Cambridge: Cambridge University Press.