Against the Computational Creep 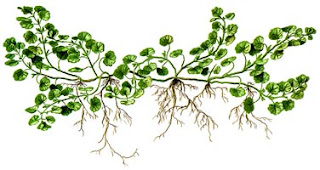 In this short post I want to think about the limits of computation, not the limits theoretically of the application or theorisation of computation itself, but actually the limits to which computation within a particular context should be contained. This is necessarily a normative position, but what I am trying to explore is the limit at which computation, which can have great advantages to a process, institution or organisation, starts to undermine or corrode the way in which a group, institution or organisation is understood, functions or how it creates a shared set of meanings. Here though, I will limit myself to thinking about the theorisation of this, rather than its methodological implications, and how we might begin to develop a politics of computation that is able to test and articulate these limits and understand the development of a set of critical approaches which are also a politicisation of algorithms and of data.

By computational creep I am interested in the development of computation as a process rather than an outcome or thing (Ross 2017: 14). This notion of "creep" has been usefully identified by Ross in relation to extreme political movements that take place by what he calls "positive intermingling".[1] I think that this is a useful way to think of the way in which computationalism, and here I do not merely mean the idea that consciousness in modelled on computation (e.g. see Golumbia 2009), but more broadly as a set of ideas and style of thought which argues that computational approaches are by their very nature superior to other ways of thinking and doing (Berry 2011, 2014). This is also related to the notion that anything that has not been "disrupted" by computation is, by definition, inferior in some sense, or is latent material awaiting its eventual disruption or reinvention through the application of computation.  I would like to argue that this process of computational creep takes six stages:
This line of thinking draws on the work of David Golumbia, particularly the notion of Matryoshka Dolls that he takes from the work of Phillip Mirowski. This is in relation to the notion of multiple levels or shells of ideas, that form a system of thinking, but which is itself not necessarily coherent as such, nor lacking in contradiction, particularly at different layers of the shells. This "Mirowski calls the '’Russian doll’ approach to the integration of research and praxis in the modern world'" (Golumbia 2017: 5). Golumbia makes links between this way of thinking about neoliberalism as a style of thinking that utilises this multi-layered aspect and technolibertarianism, but here I want to think about computational approaches more broadly, that is as instrumental rational techniques of organisation. In other words, I want to point to the way in which computation is implemented, usually in a small scale way, within an institutional context, and which acts as an entry-point for further rationalisation and computation. This early opening creates the opportunity for more intensive computation which is implicated in a bricolage fashion, that is that, at least initially, there is not a systematic attempt to replace an existing system, but over time, and with the addition to and accretion of computational partialities, calls become greater for the overhaul of what is now a tangled and somewhat contradictory series of micro-computationalisms, into a more broad computational system or platform. Eventually this leads to a macro- or infra-computational environment which can be described as functioning as algorithmic governmentality, but which remains ever unfinished with inconsistencies, bugs and irrationalities throughout the system (see Berns and Rouvroy 2013). The key point is that in all stages of computationally adapting an existing process, there are multiple overlapping and sometimes contradictory processes in operation, even in large-scale computation.

Here I think that Golumbia's discussion of the "sacred myths among the digerati" is very important here, as it is this set of myths that are unquestioned especially early on in the development of a computational project. Especially at what I am calling the visionary-computational and proto-computational phases, but equally throughout the growth in computational penetration. Some of these myths include: claims of efficiency, the notion of cost savings, the idea of communications improvement, and the safeguarding corporate or group memory. In other words, before a computerisation project is started, these justifications are already being mobilised in order to justify it, without any critical attention to where these a priori claims originate and their likely truth content.

This use of computation is not just limited to standardised systems, of course, and by which I mean instrumental-rational systems that are converted from a paper-based process into a software-based process. Indeed, computation is increasingly being deployed in a cultural and sociological capacity, so for example to manage individuals and their psychological and physical well-being, to manage or shape culture through interventions and monitoring, and the capacity to work together, as teams and groups, and hence to shape particular kinds of subjectivity. Here there are questions more generally for automation and the creation of what we might call human-free technical systems, but also more generally for the conditions of possibility for what Bernard Stiegler calls the Automatic Society (Stiegler 2015). It is also related to the notion of digital and computational systems in areas not previously thought of as amenable to computation, for example in the humanities, as is represented by the growth of digital humanities (Berry 2012, Berry and Fagerjord 2017).

That is to say, that "the world of the digital is everywhere structured by these fictionalist equivocations over the meanings of central terms, equivocations that derive an enormous part of their power from the appearance that they refer to technological and so material and so metaphysical reality" (Golumbia 2017: 34). Of course, the reality is that these claims are often unexamined and uncritically accepted, even when they are corrosive in their implementations. Where these computationalisms are disseminated and their creep goes beyond social and cultural norms, it is right that we ask: how much computation can a particular social group or institution stand, and what should be the response to it? (See Berry 2014: 193 for a discussion in relation to democracy). It should certainly be the case that we must move beyond accepting a partial success of computation to imply that more computation is by necessity better. So by critiquing computational creep, through the notion of the structure of the Russian doll in relation to computational processes of justification and implementation, together with the metaphysical a priori claims for the superiority of computational systems, we are better able to develop a means of containment or algorithmic criticism. Thus through a critical theory that provides a ground for normative responses to the unchecked growth of computations across multiple aspects of our lives and society we can look to the possibilities of computation without seeing it as necessarily inevitable or deterministic of our social life (see Berry 2014).

[1] The title "Against the Computational Creep" is reference to the very compelling book Against the Fascist Creep by Alexander Reid Ross. The intention is not to make an equivalence between fascism and computation, rather I am more interested in the concept of the "creep" which Ross explains involves small scale, gradual use of particular techniques, the importation of ways of thinking or the use of a form of entryism. In this article, of course, the notion of the computational creep is therefore referring to the piecemeal use of computation, or the importation of computational practices and metaphors into a previously non-computational arena or sphere, and the resultant change in the ways of doing, ways of seeing and ways of being that this computational softwarization tends to produce.

Golumbia, D. (2017) Mirowski as Critic of the Digital, boundary 2 symposium, “Neoliberalism, Its Ontology and Genealogy: The Work and Context of Philip Mirowski”, University of Pittsburgh, March 16-17, 2017