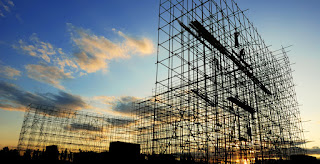 Infrastructures are currently the subject of much scholarly and activist critique (Hu 2015; Parks and Starosielski 2015; Plantin et al 2016; Starosielski 2015). Perhaps not so much in terms of their critically dissected effects and influences as a form of ideology critique, but more in terms of a new recognition of their importance as conditions of possibility for forms of knowing and acting together with the creation of epistemic stability and modes of knowledge that can be instrumentalised in particular ways (for a discussion, see Berry 2014).[1] In contrast, rather than describe existing infrastructure I would like to think through the way in which counter-infrastructures can be thought about as tactical infrastructures. That is, how through the creation of specific formations, temporary or otherwise, new modes of knowing and thinking, assembling and acting can be made possible by bringing scale technologies together. By tactical infrastructures I am, of course, gesturing towards the rich theoretical work on tactical media which has been extremely important for media activism and theory (see Garcia and Lovink 1997; Raley 2009).[2] I also think it is useful to point towards the work of Liu (2016) and his recent conceptualisation of critical infrastructure studies. I am also drawing on the work of Feenberg who has argued that a critical theory of technology requires “counter-acting the tendencies towards domination in the technological a priori” through the “materialization of values” (Feenberg 2013: 613). This Feenberg argues can be found at specific intervention points within the materialisation of this a priori, such as in design processes. Feenberg argues that “design is the mediation through which the potential for domination contained in scientific-technical rationality enters the social world as a civilisational project” (Feenberg 2013: 613).

Infrastructure is commonly understood as the basic physical and organizational structures and facilities (e.g. buildings, roads, power supplies) needed for the operation of a society or enterprise. It is also sometimes understood as the social and economic infrastructure of a country. Indeed, Parks argues, the word infrastructure “emerged in the early twentieth century as a collective term for the subordinate parts of an undertaking; substructure, foundation”, that is, as what “engineers refer to as ‘stuff you can kick’” (Parks 2015: 355). Infrastructure can be thought of as pre-socialised technologies, not in the sense that the material elements of infrastructure are non-social, but that although they themselves are sociotechnical materialities, they have reached what we might call their quasi-teleological condition. They are latent technologies that are made to be already ready for use, to be configured and reconfigured, and built into particular constellations that form the underlying structures for institutions. Heidegger would say that they are made to stand by. Infrastructure talk also gestures toward a kind of gigantism, the sheer massiveness of fundamental technologies and resources – their size usefully contrasting with the minuteness or ephemerality of the kinds of personal devices that are increasingly merely interfaces or gateways to underlying infrastructural systems.[3]

Today, we talk a lot about data infrastructures, computational materiality for the highly digital sociality we live in today, especially the questions raised in the relations between the social and social media (see also Lovink 2012). But also in terms of the anxiety currently exhibited by a public that has begun to note the datafication of everyday life and the wider effects of a financialized economy. It is also notable that talk of infrastructure seems to allow us to get a grip on the ephemerality of data and computation, its seemingly concreteness as a notion, contrasts with that of clouds, streams, files and flows. So we hear about cables and wires, satellites and receivers, chips and boards, and the sheer thingness of these physical objects, stands in symbolically for the difficulty of visualising the computational objects. I use symbolically deliberately because merely discursively asserting a materiality does not make it material. Indeed, most people have never seen an “actual” satellite or an undersea data cable, nor indeed a computer chip or circuit board. They rely on mediations provided by visual representations such as photography, or videos, that show the thingness of the cables or chips by photographing it. One is reminded of Apple’s turn towards a postdigital aesthetic of chip representation, gloriously shown in glossy marketing videos and component diagrams, displayed in keynote presentations that whilst iterating the chip speeds, transistor numbers and cycles, dives and swoops over the visualised architecture of the device, selecting and showing black squares in light borders on the CPUs of their phones and computers (see Berry and Dieter 2015). The showing of the chip materiality, seeing it in place, within the device, translates the threatening opaqueness of computation into a design motif. 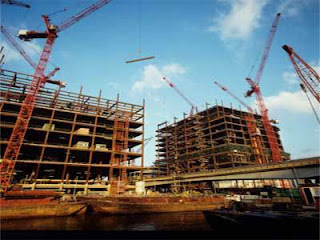 In terms of infrastructures we might consider the ways in which particular practices of Silicon Valley have become prevalent and tend to shape thinking across the fields effected by computation. For example, the recent turn towards what has come to be called “platformisation”, that is the construction of a single digital system that acts as a technical monopoly within a particular sector (for a discussion, see Gillespie 2010; Plantin et al 2016). The obvious example here is Facebook in social media. Equally, with discussion over digital research infrastructures there is an understandable tendency towards centralisation and the development of unitary and standardised platforms for the digitalisation, archiving, researching and transformation of such data. Whilst most of these attempts have so far ended in failure, it remains the case that the desire and temptation to develop such a system is very strong as it creates a transitional path towards institutionalisation of infrastuctures and the alignment of technologies towards an institutional goal or end.

I am interested here in how infrastructures become institutions, and more particularly how tactical infrastructures can be positioned to change or replace institutions. As Tocqueville observed, “what we call necessary institutions are often no more than institutions to which we have grown accustomed.” This is to take forward Merton’s notion that only appropriate institutional change can breakthrough problematic or tragic institutional effects (Merton 1948). I also want to move our attention beyond infrastructures and point their tactical use towards making institutions in order to think about institutions as knowing-spaces, and how they force us to consider the political economic issues of making institutions, combined with a focus on creating specific epistemic communities within them. Here I am thinking of Fleck's notion of a "thought collective" as a "nexus of knowledge which manifests itself in a social constraint upon thought" (Fleck 1979:64). For example, Benkler (2006: 23) has called for a “core common infrastructure”, or a space of non-owned cultural production, making links between the particular values embedded in free-software infrastructures and the kinds of institutions and communities made possible. As he writes, particularly in relation to the internet, “if all network components are owned… then for any communication there must be a willing sender, a willing recipient, and a willing infrastructure owner. In a pure property regime, infrastructure owners have a say over whether, and the conditions under which, others in their society will communicate with each other. It is precisely the power to prevent others from communicating that makes infrastructure ownership a valuable enterprise” (Benkler 2006: 155).

We can think about how institutions generate alternate instantiations of space and time, which thus create the conditions of possibility for new forms of intentionality, thought and action. This also connects to the regulatory aspects of the forms of governance made possible in and through the structures of organization of an institution, and how through combining tactical infrastructures with activism they might be subverted or jammed. In Fleck's terms this would be to think about the relation between the "thought style", "thought collective" and the problem of infrastructures. He writes, the thought style "is characterized by common features in the problems of interest to a thought collective, by the judgment which the thought collective considers evident, and by the methods which it applies as a means of cognition" (Fleck 1979: 99). By connecting the affective and cognitive styles and performances made possible within an institution, structured by the particular constellations of infrastructures deployed, we might begin to create the grounds for intervention through the kinds of tactical infrastructure for institutional change that I am exploring here.

[1] There is a need for more ideology critique in relation to infrastructures, making use of the work of STS, software studies, sociology of technology, etc. With the ongoing critical turn in relation to algorithms, data, software and code we should hope to see more work done in infrastructure critique.
[2] Garcia and Lovink write that "Tactical Media are what happens when the cheap 'do it yourself' media, made possible by the revolution in consumer electronics and expanded forms of distribution (from public access cable to the internet) are exploited by groups and individuals who feel aggrieved by or excluded from the wider culture. Tactical media do not just report events, as they are never impartial they always participate and it is this that more than anything separates them from mainstream media... above all [it is] mobility that most characterizes the tactical practitioner. The desire and capability to combine or jump from one media to another creating a continuous supply of mutants and hybrids. To cross boarders, connecting and re-wiring a variety of disciplines and always taking full advantage of the free spaces in the media that are continually appearing because of the pace of technological change and regulatory uncertainty" (Garcia and Lovink 1997).
[3] Here there are normative questions here in regard to scale and methodology, particularly in relation to disciplinary biases towards certain scales and approaches. More so considering the way in which the digital creates multi-scalar potentials for research methods – it is interesting to consider the way in which scales still performs a "truth" directing role nonetheless.
[4] There are strong connections here to Lovink and Rossiter’s (2013) notion of Orgnets.
[5] This is to radicalise the notion of research infrastructures in the digital humanities, for example, where debates over the proper form of research infrastructures tend towards instrumental concerns over technical construction and deployment rather than normative or political issues. For example, many universities select their technical support infrastructures from large proprietary software companies, so in the case of email, Microsoft or IBM might be chosen to allow "integration" with their Office suite, but without considering the wider issues of data sharing, transatlantic movement of student data and work, data mining and so forth. Alan Liu is currently working very interestingly on some of these problematics under the notion of critical infrastructure studies, see Liu (2016).
[6] This article has been inspired by much fruitful discussion with Michael Dieter, who I have been working with on the notion of critical infrastructures, particularly dark infrastructures, alter-infrastructures and vernacular infrastructures represented by Aaaaarg, Monoskop, Sci-Hub and related infrastructure projects. But we might also think about hacking "toolkits", crypto parties, hack-labs, copy-parties, data activism and maker spaces as further examples of new structural environments for new forms of knowledge creation, dissemination and storage. Mapping the underlying infrastructures is an important task for thinking about how tactical infrastructures might be deployed.

Fleck, L. (1979) Genesis and Development of a Scientific Fact, London: The University of Chicago Press.