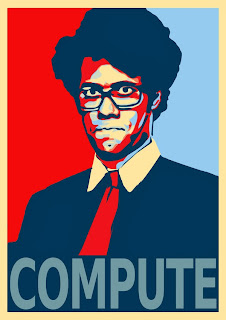 Today, the condition of possibility for the milieu of contemporary life is compute. That is, compute as the abstract unit of computation, both as dunamis (potentiality) and energeia (actuality), that is as the condition of possibility for the question of the in-itself and the for-itself.  Compute as a concept, exists in two senses, as the potential contained in a computational system, or infrastructure, and in the actuation of that potential in actual work, as such. Whilst always already a theoretical limit, compute is also the material that may be brought to bear on a particular computational problem – and now many problems are indeed computational problems. Such then that the theoretical question posed by compute is directly relevant to the study of software, algorithms and code, and therefore the contemporary condition in computal society, because it represents the moment of potential in the transformation of inert materials into working systems. It is literally the computational unit of "energy" that is supplied to power the algorithms of the world's systems. Compute then, is a notion of abstract computation, but it is also the condition of possibility for and the potential actuation of that reserve power of computation in a particular task. Compute becomes a key noetic means of thinking through the distribution of computation in the technological imaginary of computal society.

In a highly distributed computational environment, such as we live in today, compute is itself distributed around society, carried in pockets, accessible through networks and wireless connections and pooled in huge computational clouds. Compute then is not only abstract but lived and enacted in everyday life, it is part of the texture of life, not just as a layer upon life but as a structural possibility for and mediation of such living. But crucially, compute is also an invisible factor in society, partially due to the obfuscation of the technical condition of the production of compute, but also due to the necessity for an interface, a surface, with which to interact with compute. Compute then as a milieu is such that it is never seen as such, even as it surrounds us and is constantly interacting with and framing our experiences. Indeed, Stiegler (2009) writes that,


Studying the senses, Aristotle underlines in effect that one does not see that, in the case of touching, it is the body that forms the milieu, whereas, for example, in the case of sight, the milieu is what he calls the diaphane. And he specifies that this milieu, because it is that which is most close, is that which is structurally forgotten, just as water is for a fish. The milieu is forgotten, because it effaces itself before that to which is gives place. There is always already a milieu, but this fact escapes us in the same way that "aquatic animals," as Aristotle says, "do not notice that one wet body touches another wet body" (423ab): water is what the fish always sees; it is what it never sees. Or, as Plato too says in the Timaeus, if the world was made of gold, gold would be the sole being that would never be seen – it would not be a being, but the inapparent being of that being, appearing only in the occurrence of being, by default (Stiegler 2009: 13-14)

In this sense, compute, is the structural condition of possibility that makes the milieu possible by giving it place, in as much as it creates those frameworks within which technicity takes place. The question of compute then, both as a theoretical concept but also as a technical definition is crucial for thinking through the challenge of computation more broadly. But, in a rapidly moving world of growing computational power, comparative analysis of computational change is made difficult without a metric by which to compare different moments historically. This is made much more difficult by the reality that compute is not simply the speed and bandwidth of a processor as such, but includes a number of other related technical considerations such as the speed of the underlying motherboard, ram, graphics processor(s), storage system and so forth.

Compute then is a relative concept and needs to be thought about in relation to previous iterations, and this is where benchmarking has become an important part of the assessment of compute – for example SPECint, a computer benchmark specification for a processor's integer processing power maintained by the Standard Performance Evaluation Corporation (SPEC 2014). Another, called GeekBench (2013), scores compute against a baseline score of 2500, which is the score of an Intel Core i5-2520M @ 2.50 GHz. In contrast, SYSmark 2007, another benchmark, attempts to bring "real world" applications into the processing measurement by including a number of ideal systems that run canned processing tasks (SYSmark 2007). As can be seen, comparing compute becomes a spectrum of benchmarks that test a variety of working definitions of forms of processing capacity. It is also unsurprising that as a result many manufactures create custom modes within their hardware to "game" these benchmarks and unfortunately obfuscate these definitions and comparators. For example,


Samsung created a white list for Exynos 5-based Galaxy S4 phones which allow some of the most popular benchmarking apps to shift into a high-performance mode not available to most applications. These apps run the GPU at 532MHz, while other apps cannot exceed 480MHz. This cheat was confirmed by AnandTech, who is the most respected name in both PC and mobile benchmarking. Samsung claims “the maximum GPU frequency is lowered to 480MHz for certain gaming apps that may cause an overload, when they are used for a prolonged period of time in full-screen mode,” but it doesn’t make sense that S Browser, Gallery, Camera and the Video Player apps can all run with the GPU wide open, but that all games are forced to run at a much lower speed (Schwartz 2013).

On a material register the unit of compute can be thought of as roughly the maximum potential processing capacity of a computer processing chip running for a notional hour. In todays softwarized landscape, of course, processing power itself become a service and hence more often is framed in terms of virtual machines (VMs), rather than actual physical machines – a number of compute instances can be realised on a single physical processor using sophisticated software to manage the illusion. Amazon itself defines compute through an abstraction of actual processing as follow,


Transitioning to a utility computing model fundamentally changes how developers have been trained to think about CPU resources. Instead of purchasing or leasing a particular processor to use for several months or years, you are renting capacity by the hour. Because Amazon EC2 is built on commodity hardware, over time there may be several different types of physical hardware underlying EC2 instances. Our goal is to provide a consistent amount of CPU capacity no matter what the actual underlying hardware (Amazon 2013). 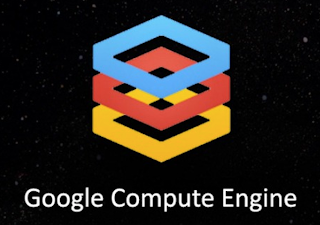 Indeed, Amazon tends to discuss compute in relation to its unit of EC2 Compute Unit (ECU) to enable the discretisation.[1] Google also uses an abstract quantity and measures "minute-level increments" of computational time (Google 2013). The key is to begin thinking about how an instance provides a predictable amount of dedicated compute capacity and as such is a temporal measure of computational power albeit seemingly defined rather loosely in the technical documentation.

The question of compute is then a question of the origin of computation more generally, but also how the infrastructure of computation can be understood both qualitatively and quantitatively. Indeed, it is clear that the quantitative changes that greater compute capacity introduces makes possible the qualitative experience of computation that we increasingly take for granted in our use of a heavily software-textured world. To talk about software, processes, algorithms and code is then deficient without a corresponding understanding of the capacity of compute in relation to them and a key question for thinking about the conditions of possibility that computation make possible for our lives today.

[1] Amazon used to define the ECU directly, stating: "We use several benchmarks and tests to manage the consistency and predictability of the performance of an EC2 Compute Unit. One EC2 Compute Unit provides the equivalent CPU capacity of a 1.0-1.2 GHz 2007 Opteron or 2007 Xeon processor. This is also the equivalent to an early-2006 1.7 GHz Xeon processor referenced in our original documentation" (Berninger 2010). They appear to have stopped using this description in their documentation (see Amazon 2013).