I use the notion of infrasomatization to expand the categories of exosomatization and endosomatization developed by Alfred J. Lotka and Nicholas Georgescu-Roegen in their work on ecological economics and by Karl Popper in relation to what he called objective knowledge (see Lotka 1925; Georgescu-Roegen 1970, 1972, 1978; Popper 1972). The terms exosomatization and endosomatization have also more recently deployed in the work of Bernard Stiegler in relation to thinking about human augmentation and digital technologies, particularly in relation to the anthropocene and the counter-entropic move towards a “neganthropocene” (see for example, Stiegler 2015, 2018). Whilst these have been important contributions, I want to argue that we need to move away from a binary between endosomatic and exosomatic, by introducing a third term, “infrasomatization”.

I think this captures better the reticular nature of specific forms of digital technologies, which create new non-human agencies and potentially unpredictable entopic effects – so infrasomatization is also an informatization, a softwarization and an automatization. This also calls for a pluralisation of the notions of anthropocene and neganthropocene, so that we can think more broadly about alternative neganthropocenes in relation to the current situation, but I do not have time to explore this specific challenge further here.

Instead I want to concentrate on the notion of infrasomatization, that is how algorithms are deployed as a new form of infrastructure. That is, algorithms are not just exosomatizations, not just the production of tools or instruments. Infrasomatizations are, rather, the production of constitutive infrastructures. Indeed, infrasomatizations rely on a complex fusion of endosomatic capacities and exosomatic technics leading to what Berns and Rouvroy call algorithmic governance (Berns and Rouvroy 2013) and Stiegler has called the Automatic Society.

Infrasomatizations can be thought of as social-structuring technologies – inscribing new forms of the social (or sometimes the anti-social) onto the bodies and minds of humans and their institutions. Infrasomatizations correspondingly have an obduracy that can be mobilised to support specific instances of thought, rationality and action. They are latent technologies that are made to be always already poised for use, to be configured and reconfigured, and built into particular constellations that form the underlying structures for social and psychic individuation. Infrasomatizations also gestures toward a kind of gigantism, the sheer massiveness and interconnectedness of fundamental computational technologies and resources. Their size usefully contrasts with the phenomenological experience of the minuteness or ephemerality of the kinds of personal devices that are increasingly merely interfaces or gateways to underlying infrasomatic systems.

Today, we talk a lot about data infrastructures, computational materiality for the highly digital sociality we live in today, especially the questions raised in the relations between the social and social media, but we also need to examine the way in which infrasomatizations creates cognitive infrastructures that proletarianise our cognitive faculties creating anti-thought. Some examples include, brain-interfaces, conversational interfaces, implants, and algorithmic user interfaces that constantly reshape themselves based on their monitoring and processing of the user space and their practices. That is, that through these technologies, the loop from within the brain to the outside environment is closing, and the aperture of thought is compressed.

Thus, the capacity for the human brain to process not just the computation, or even to perceive that such computations have taken place, is impaired, if not destroyed. I am very interested in exploring how algorithms are therefore used as not just a technique in the exercising of power, but their use in infrastructures to individuate strategic behaviour through their deployment in the management of thought in infrastructures of communication as an aspect of our everyday lives. This calls for urgent attention to the temptation for manipulation using these new infrastructures but also how a new critique of their political economy, together with the development of an ethics of data-intensive technologies, is key for thinking new forms of neganthropocenes.

In this post I want to briefly raise the question of the implications of infrasomatizations at the level of the social and the individual.

First, we might explore how infrasomatizations are created as infrastructure, and more particularly how these new forms of infrastructure are positioned to change or replace existing institutions. This allows us to think about institutions as knowing-spaces, and how they force us to consider the political economic issues of making institutions, combined with a focus on creating specific epistemic communities within them – that is, how do infrastructures think. By ascertaining how infrasomatization effect knowledge formations, we can work to produce new knowledges and practices that contest particular institutional structures and thereby working towards a new kind of literacy to empower citizens to contest a newly digital data-centric life. But infrasomatizations is also the process by which a particular mode of rationality, calculative and algorithmic, becomes hegemonic through a colonisation of an increasing number of social spheres, from law, politics, communication, media and education, etc.

This process of infrasomatization suppresses and eventually replaces the local rationalities within particular social spheres, which once constituted the functional independence of the complementary spheres of social life, into a single regime of computation. This creates a mono-rationality, both in theory and practice, and a single temporal and spatial gamut. There is also a tendency to create interdependences and structural brittleness, and allows the macroscopic functions of the derangement of social knowledge by the application of computational functions and efficiencies across multiple realities. The result is a reduction in the systemic resilience of the social system, and thus the danger that systemic collapse is made more likely, and more difficult to protect against.

This is one of the implications of moving into a data-intensive society, indeed, the anthropocene is also a datanthropocene. This notion of data-intensivity I draw from the notion of a fourth paradigm in science. This is informed both by the notion of the transformation of life by computation and by an understanding of the changing practices of scientific work understood as a set of scientific exemplar paradigms. These follow from the (1) experimental science paradigm, which is then replaced by (2) theoretical science, (3) computational science (models), and now (4) data-intensive science. This paradigm is often described using the four ‘V’s of data, volume, variety, velocity and veracity. This is a situation in which scientists are often overwhelmed by the volume of data which comes from a variety of sources, such as data collected by instruments, data generated by simulations and data generated by sensor networks. As Hey et al (2009: xiii) argue, “data-intensive science consists of three basic activities: capture, curation, and analysis. Data comes in all scales and shapes, covering large international experiments; cross-laboratory, single-laboratory, and individual observations; and potentially individuals’ lives.” Further, they argue,


data-intensive science promises breakthroughs across a broad spectrum. As the Earth becomes increasingly instrumented with low-cost, high-bandwidth sensors, we will gain a better understanding of our environment via a virtual, distributed whole-Earth “macroscope.” Similarly, the night sky is being brought closer with high-bandwidth, widely available data-visualization systems. This virtuous circle of computing technology and data access will help educate the public about our planet and the Universe at large (Hey et al (2009: 224).

Rethinking the university in light of the challenge of infrasomatization will, I believe, sustain and augment the existing institutional character of the university but also provide new orientations and give an impetus to a set of new long-range research commitments for institutions of learning. I argue for the need to create a special role for the university in relation to its new infrasomatic environment and a data-intensive cultural milieu. This would have institutional implications in terms of the shape or pattern of the university, its funding, the organisational structures and cultures, its work in teaching students, and the kind of research and knowledge produced.

If I am right that infrasomatizations are creating a new orientation for the university, what I call the ‘data-intensive research university’, in response we need to think the possibilities for the negentropic university. The digital opens up new ways of seeing and enables new methods for undertaking research. As such, a negentropic university supports efforts to ensure a new spirit of discovery, creativity and the promotion of research through the use of computational techniques and practices which will transform the culture of the university. This I believe will have a fundamental transformatory effect on the idea of a mission for the university, and the way in which the institutional pattern and organisation structure of the university is currently constituted.

In relation to the learning, development and application of critical reason in a data-intensive society I have time only to make a few preliminary remarks. In the case of this algorithmic condition, thought is suspended and crystallized through infrasomatizations that accentuate screenic pragmata. That is, thought directed to thinking about objects in terms of practice rather than theoretically or critically. Certain modes of thinking are de-emphasized by algorithmic nets, so critical reason, concentrated attention, and even memory are attenuated. Instead associational ways of thinking are prioritised through concepts of streaming, surfing, or algorithmic reverie – what we might call the stabilisation of passive intellect. The possibility of thought is thereby prescribed by a net of software that surrounds and envelopes the mind, creating a new topology of attention, but also augmenting the human mind in radical ways. The university, in its work in the creation of critical reason remains a key, if not the key, institution here to contest these developments.


This is a slightly shorter version of a talk given at the Work Marathon at the Serpentine Galleries on 22 September 2018.

The 2018 Serpentine Marathon has the goal of contributing to the writing of a manifesto about economics for an age of planetary-scale environmental crisis, looking to reduce the human footprint on the planet and reverse the phenomenon of entropy. The first version of the manifesto will be issued on 23 September, and the definitive version of which will be sent to the United Nations, in Geneva, on 10 January 2020 – the day of the centenary anniversary of the League of Nations. 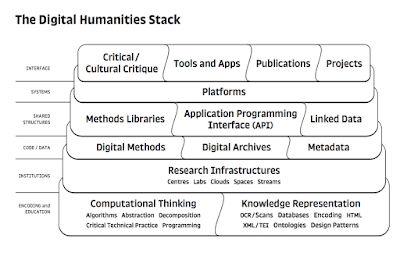