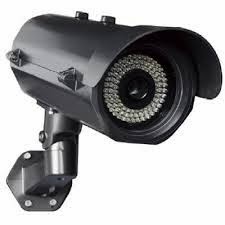 In thinking about the conditions of possibility that make possible the mediated landscape of the post-digital (Berry 2014) it is useful to explore concepts around capture and captivation, particularly as articulated by Rey Chow (2012). Chow argues the being "captivated" is


the sense of being lured and held by an unusual person, event, or spectacle. To be captivated is to be captured by means other than the purely physical, with an effect that is, nonetheless, lived and felt as embodied captivity. The French word captation, referring to a process of deception and inveiglement [or persuade (someone) to do something by means of deception or flattery] by artful means, is suggestive insofar as it pinpoints the elusive yet vital connection between art and the state of being captivated. But the English word "captivation" seems more felicitous, not least because it is semantically suspended between an aggressive move and an affective state, and carries within it the force of the trap in both active and reactive senses, without their being organised necessarily in a hierarchical fashion and collapsed into a single discursive plane (Chow 2012: 48).

To think about capture then is to think about the mediatized image in relation to reflexivity. For Chow, Walter Benjamin inaugurated a major change in the the conventional logic of capture, from a notion of reality being caught or contained in the copy-image, such as in a repository, the copy-image becomes mobile and this mobility adds to its versatility. The copy-image then supersedes or replaces the original as the main focus, as such this logic of the mechanical reproduction of images undermines hierarchy and introduces a notion of the image as infinitely replicable and extendable.  Thus the "machinic act or event of capture" creates the possibility for further dividing and partitioning, that is for the generation of copies and images, and sets in motion the conditions of possibility of a reality that is structured around the copy.

Chow contrasts capture to the modern notion of "visibility" such that as Foucault argues "full lighting and the eyes of a supervisor capture better than darkness, which ultimately protected. Visibility is a trap" (Foucault 1991: 200). Thus in what might be thought of as the post-digital – a term that Chow doesn't use but which I think is helpful in thinking about this contrast – what is at stake is no longer this link between visibility and surveillance, indeed nor is the link between becoming-mobile and the technology of images, but rather the collapse of the "time lag" between the world and its capture.

This is when time loses its potential to "become fugitive" or "fossilised" and hence to be anachronistic. The key point being that the very possibility of memory is disrupted when images become instantaneous and therefore synonymous with an actual happening. Thus in a condition of the post-digitial, whereby digital technologies make possible not only the instant capture and replication of an event, but also the very definition of the experience through its mediation both at the moment of capture – such as with the waving smart phones at a music concert or event  – but also in the subsequent recollection and reflection on that experience. 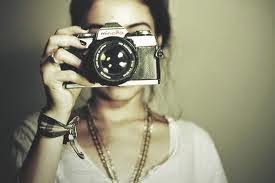 Thus the moment of capture or "arrest" is an event of enclosure, locating and making possible the sharing and distribution of a moment through infinite reproduction and dissemination. So capture represents a techno-social moment but is also discursive in that it is a type of discourse that is derived from the imposition of power on bodies and the attachment of bodies to power. This Chow calls a heteronomy or heteropoiesis, as in a system or artefact designed by humans, with some purpose, but not able to self-reproduce but which is yet able to exert agency in the form of prescription often back onto its designers. Essentially producing an externality in relation to the application of certain "laws" or regulations.

Nonetheless, capture and captivation also constitute a critical response through the possibility of a disconnecting logic and the dynamics of mimesis. This possibility reflected through the notion of entanglements refers to the "derangements in the organisation of knowledge caused by unprecedented adjacency and comparability or parity". This is, of course, definitional in relation to the notion of computation when itself works through a logic of formatting, configuration, structuring and the application of computational ontologies (Berry 2011, 2014).

Here capture offers the possibility of a form of practice in relation to alienation by making the inquirer adopt a position of criticism, the art of making strange. Chow here is making links to Brecht and Shklovsky, and in particular their respective predilection for estrangement in artistic practice, such as in Brecht's notion of verfremdung, and thus to show how things work, whilst they are being shown (Chow 2012: 26-28). In this moment of alienation the possibility is thus raised of things being otherwise. This is the art of making strange as a means to disrupt the everyday conventionalism and refresh the perception of the world – art as device. The connections between techniques of capture and critical practice as advocated by Chow, and reading or writing the digital are suggestive in relation to computation more generally, not only in artistic practice but also in terms of critical theory. Indeed, capture could be a useful hinge around which to subject the softwarization practices, infrastructures and experiences of computation to critical thought both in terms of their technical and social operations but also to the extent to which they generate a coercive imperative for humans to live and stay alive under the conditions of a biocomputational regime.